Mediclinic and ER24 bring a world-class team of medics and doctors to global sports events. This year, that team scaled new heights.

“You hear that the tour will now go ahead with no spectators in the stadiums. To an outsider that might sound like our job of providing medical assistance and support at the games is a lot easier. But it became a lot more challenging in many ways.” 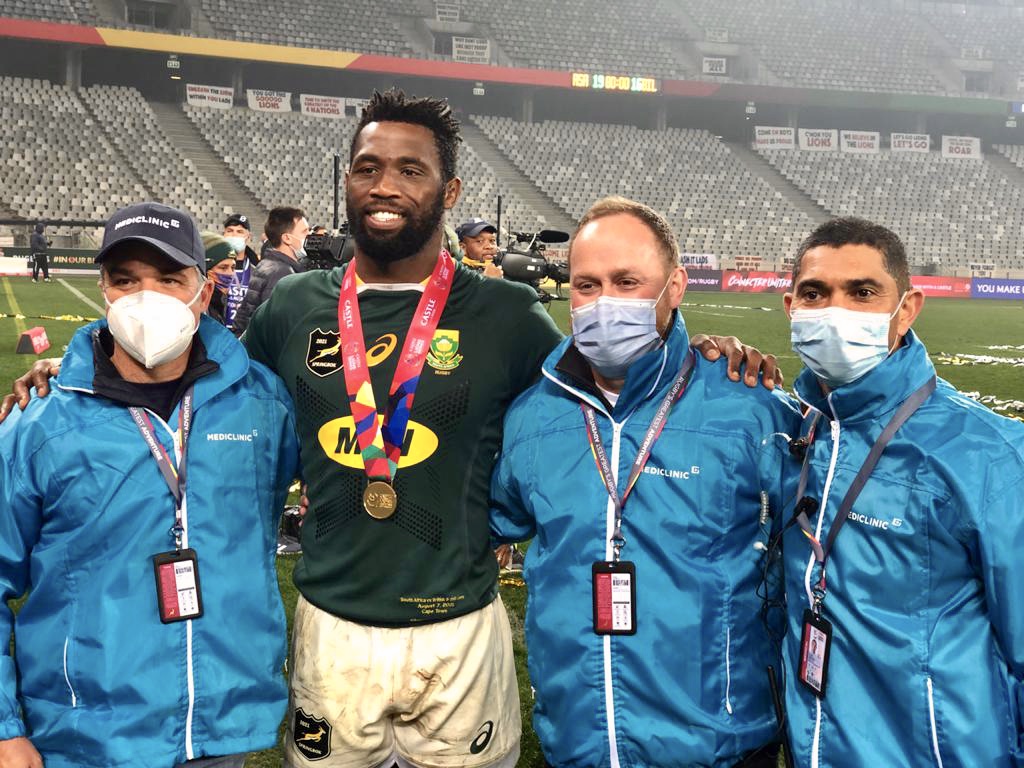 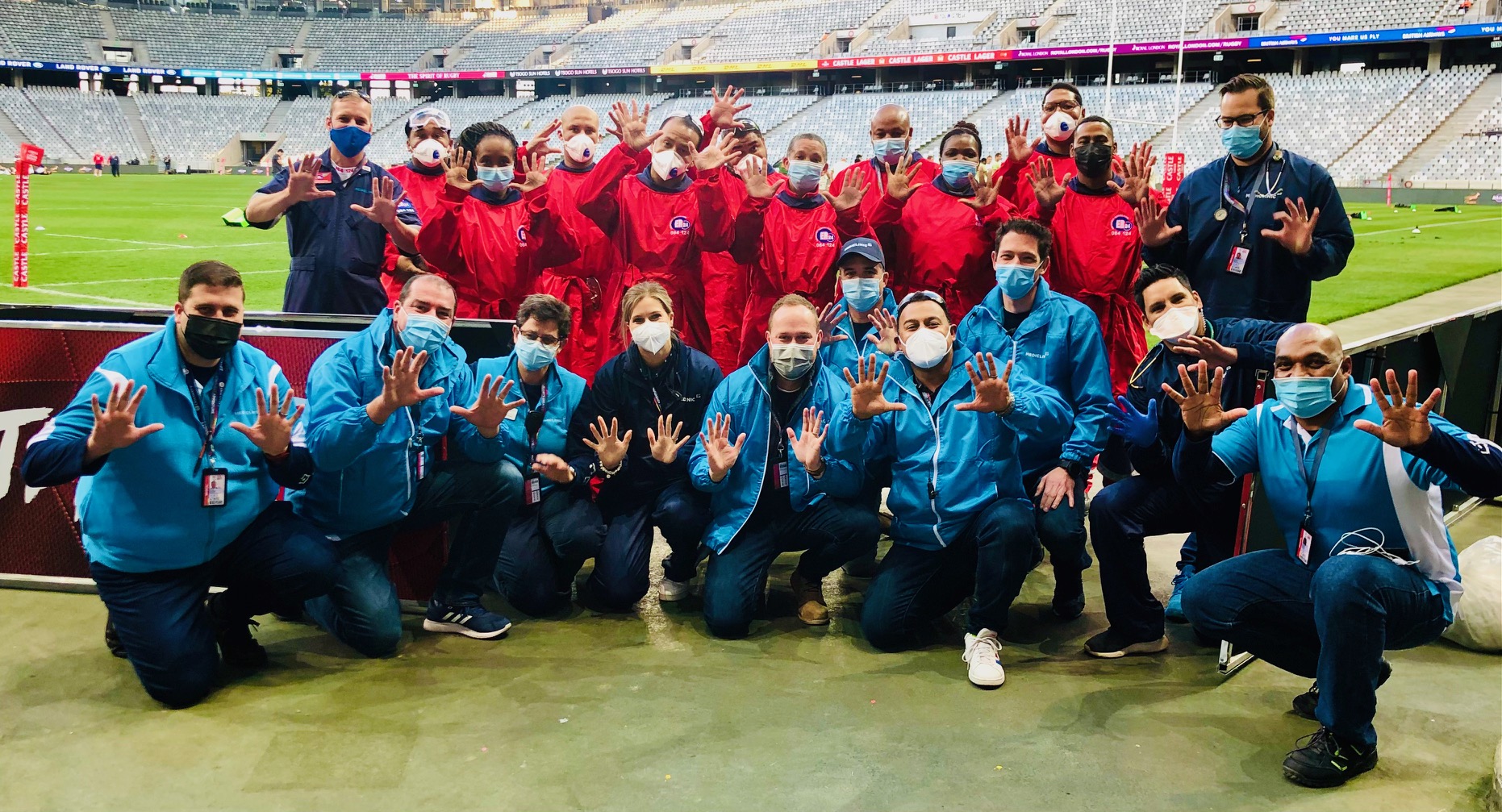 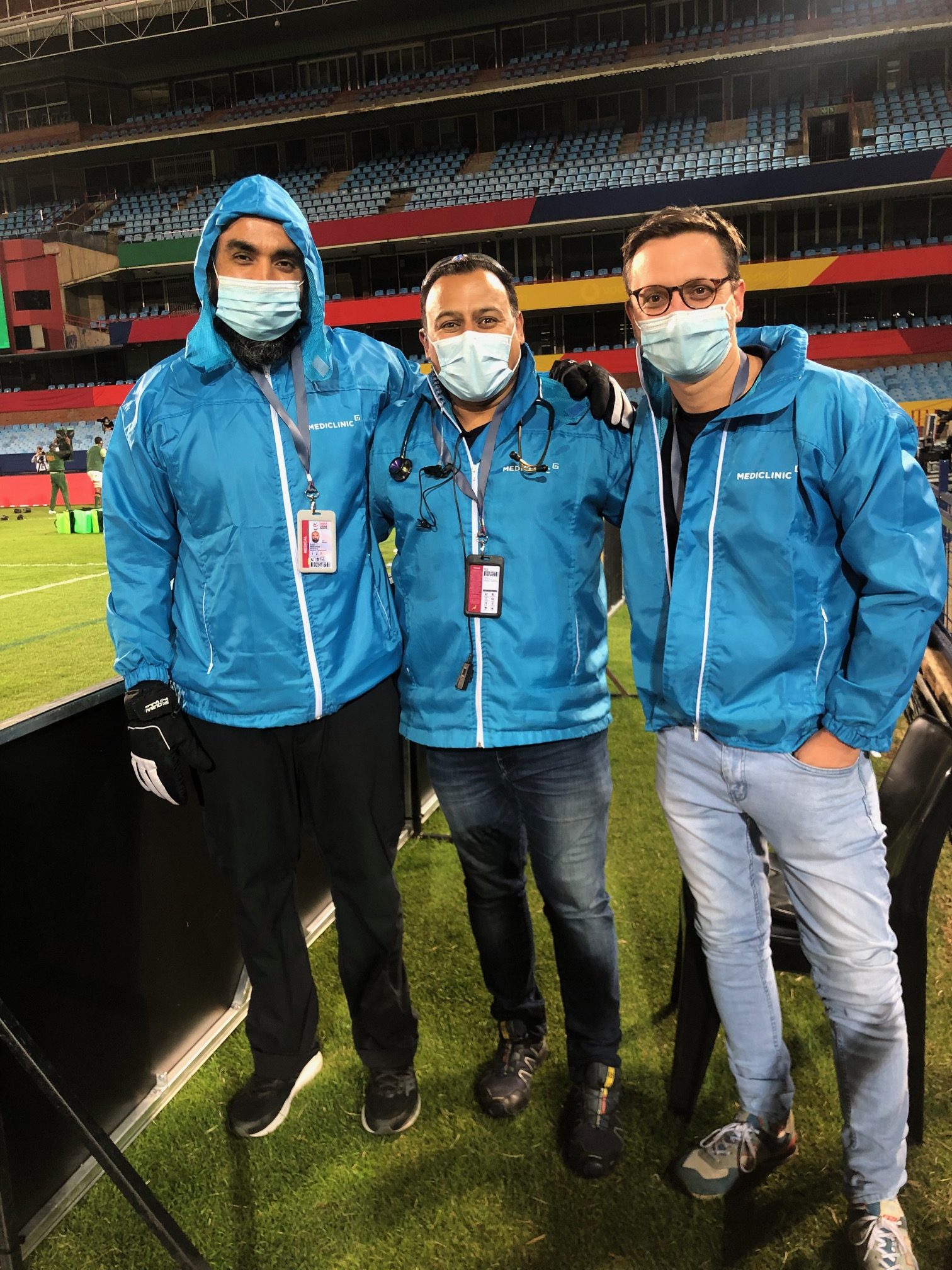 He and his team of medics and doctors, trained and experienced in the complex science of providing pitch-side, rapid-response medical care, were laser-focused on a common goal: supporting SA Rugby in its ambitious project to host the British & Irish Lions in South Africa, for the first time in 12 years.

The Lions are a rugby union team selected from players eligible for the national teams of England, Ireland, Scotland, and Wales. The team, which formed in 1888, currently tours every four years, rotating between Australia, New Zealand, and South Africa.

These tours draw immense interest from rugby fans all over the world – and a great deal of pressure – both for those the players and those who support the events.

“This tour was unlike anything we’d seen before,” says Dr Green. “Testing cycles. Spread-risk mitigation. Cancelled games, last-minute outbreaks. Locked-down hotels and bio-bubbles – for teams, players, and coaches. These were new challenges for us, for everybody.”

While British & Irish Lions tours are confirmed and planned years in advance. This time, those logistics were thrown into disarray by the sudden outbreak of COVID-19 – posing organisational challenges amplified by surges of positive cases across the country.

SA Rugby and its events services arm, ​​SA Rugby Event Services (SARES), were determined to host a successful series that would be remembered for compelling rugby, despite these unprecedented obstacles. And Mediclinic was determined to be part of the solution. 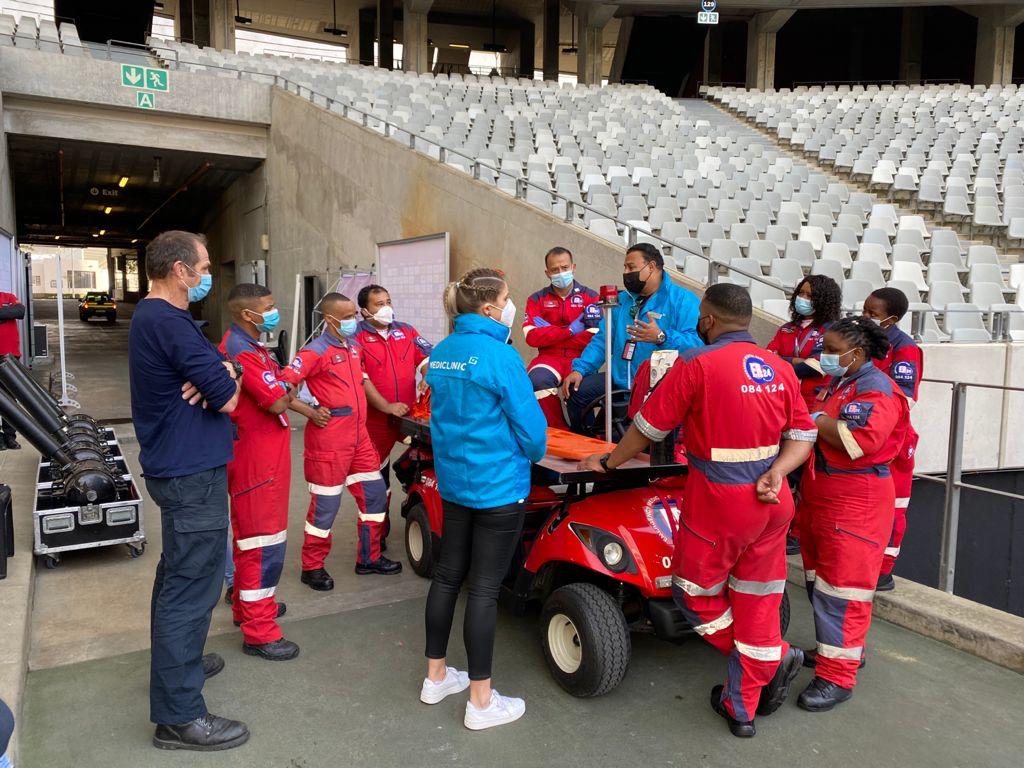 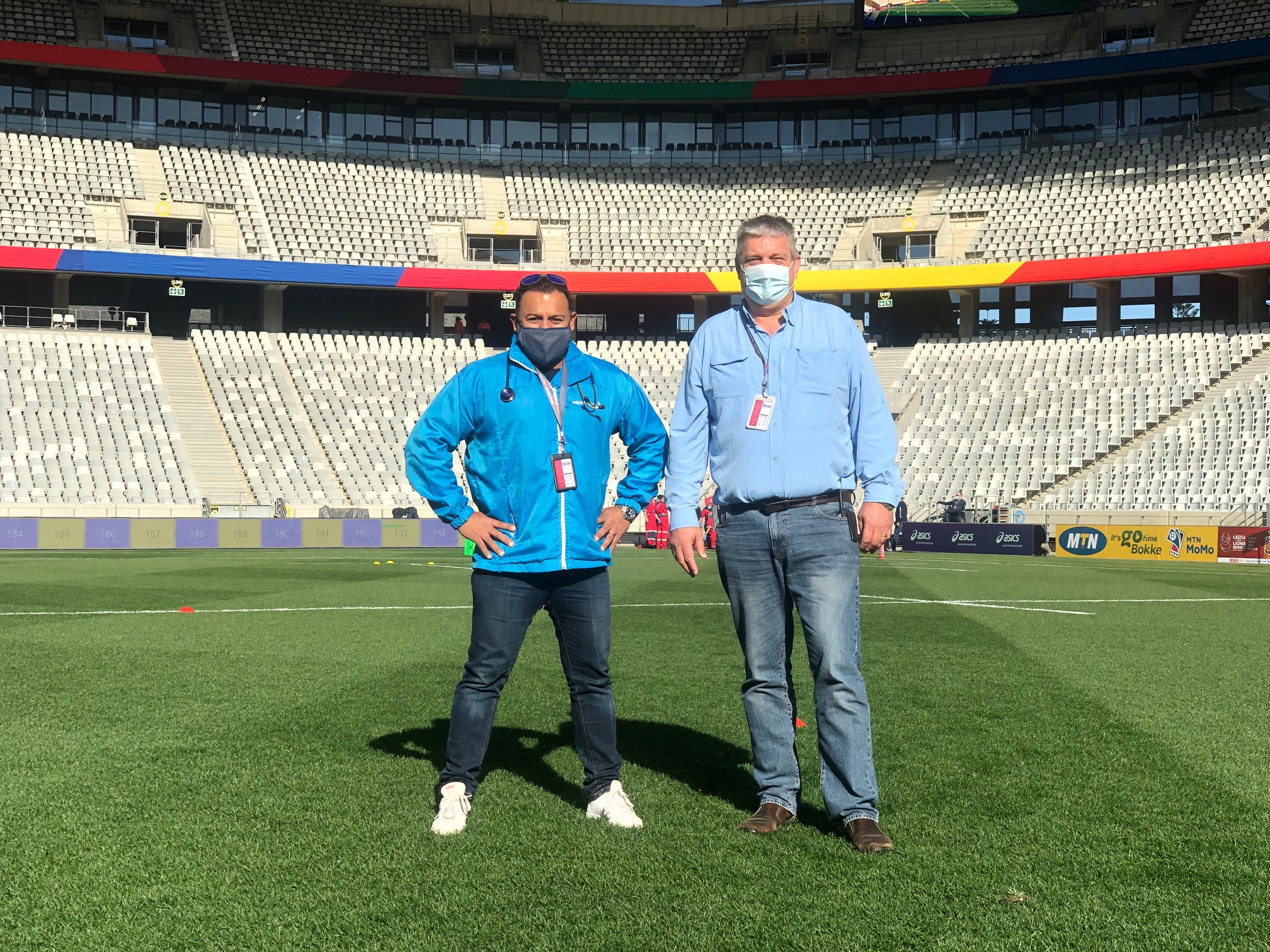 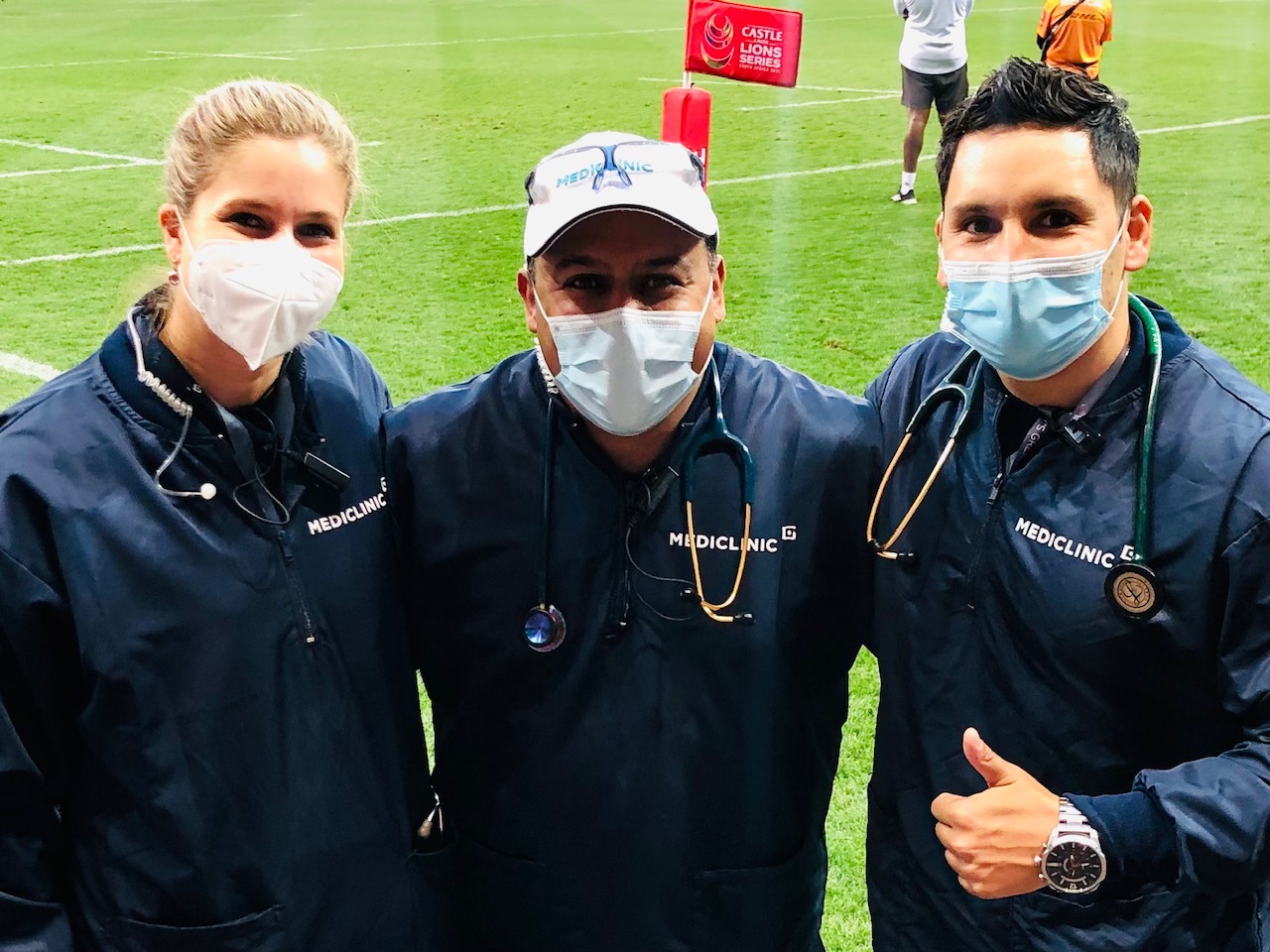 “There were eight tour games scheduled, in total, as well as warm-up Springbok Test matches,” Dr Green explains, “and these games cannot go ahead until we have all the required infrastructure and support systems in place. A simple example: we needed trauma specialist standby with bed availability in proximity of the match venue, for dealing with issues like emergency spinal fractures or dislocations, serious head injuries and, of course, cardiac arrest – all at a time when hospital emergency centres and ICUs were under incredible strain at the peak of the COVID-19 third wave.”

Together with Tristan Manning, Mediclinic Event Risk and Disaster Manager, Dr Green managed a multidisciplinary team response, coordinating an expert team to problem-solve these and other challenges daily, step by step. 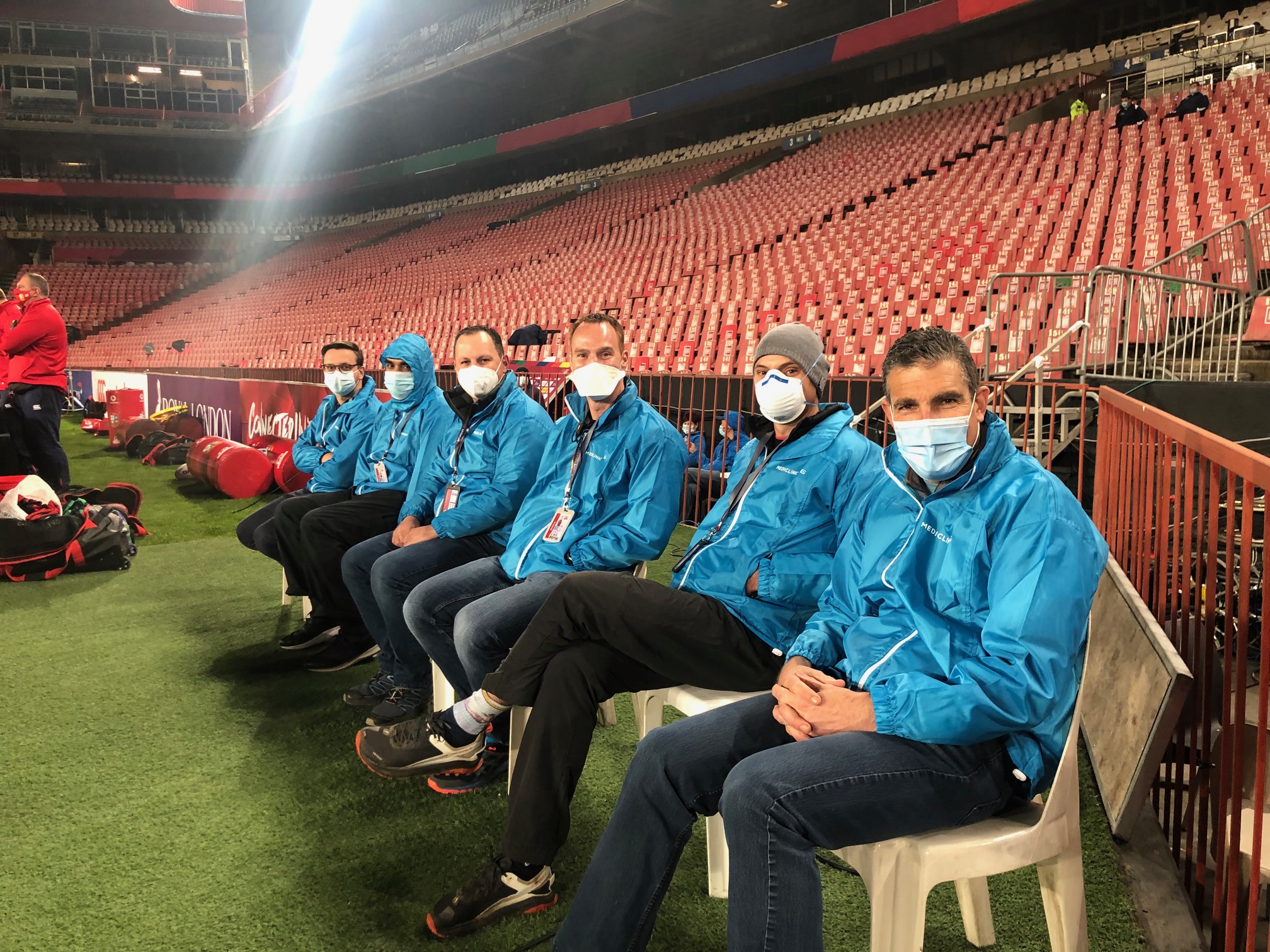 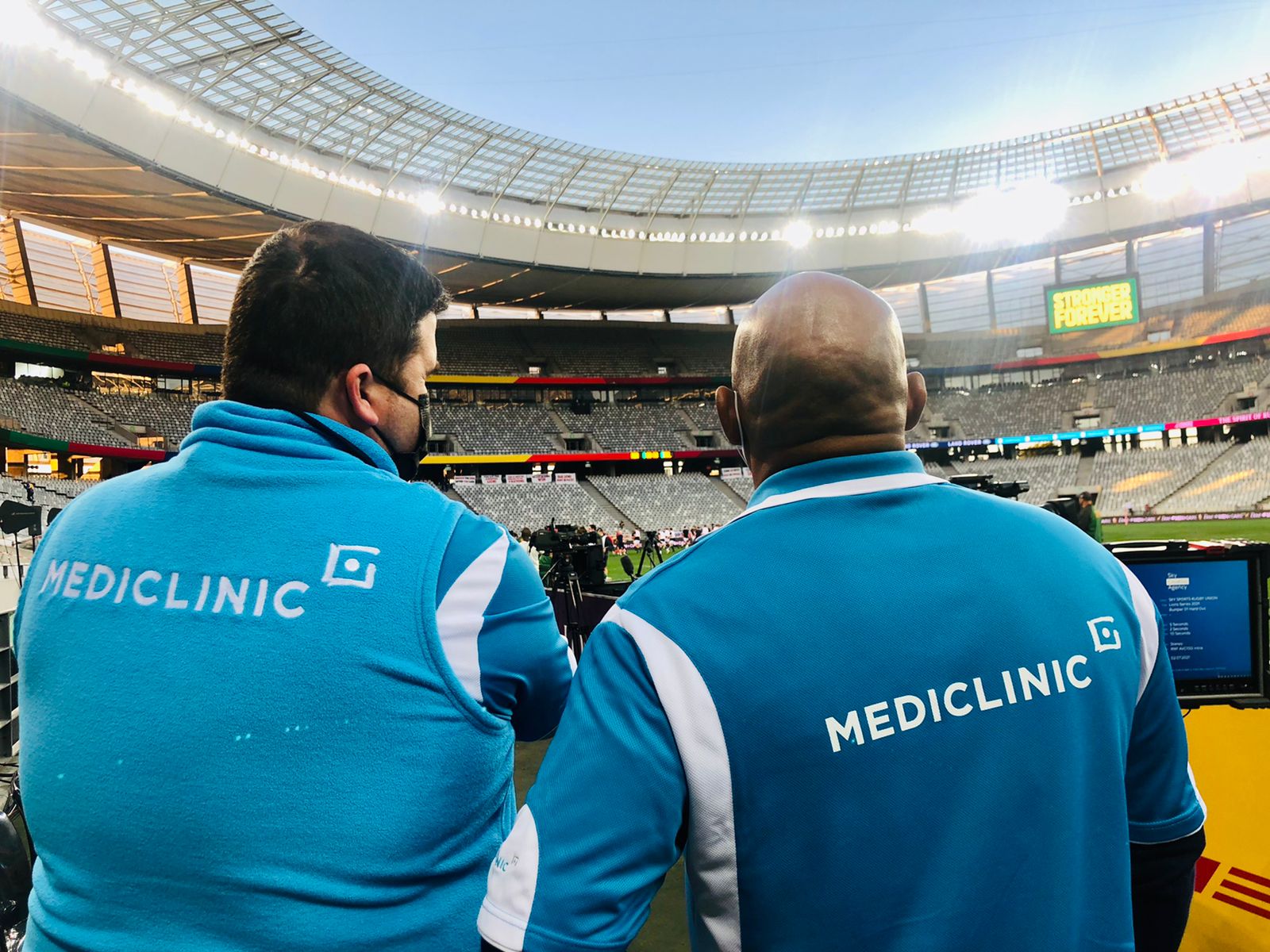 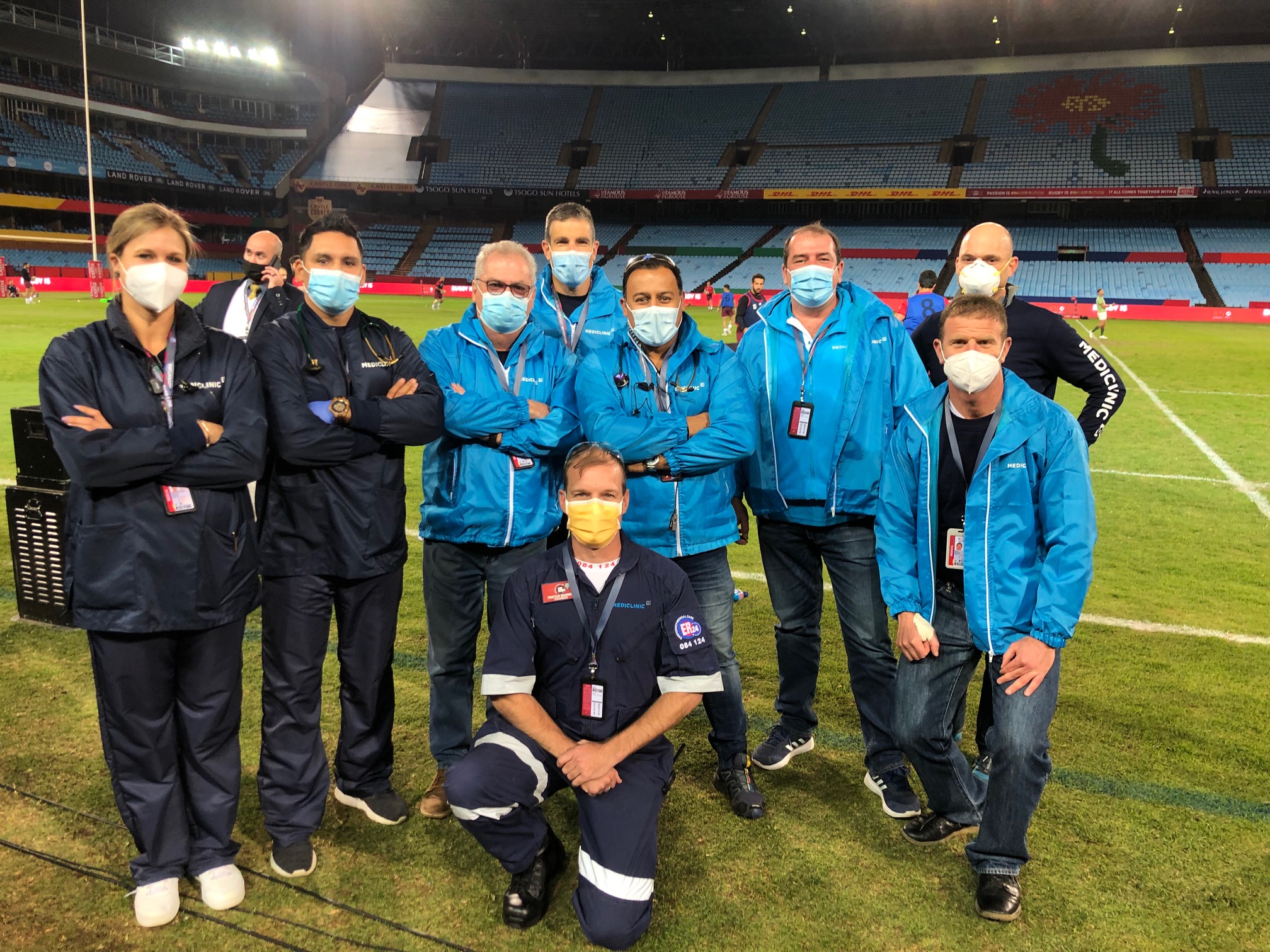 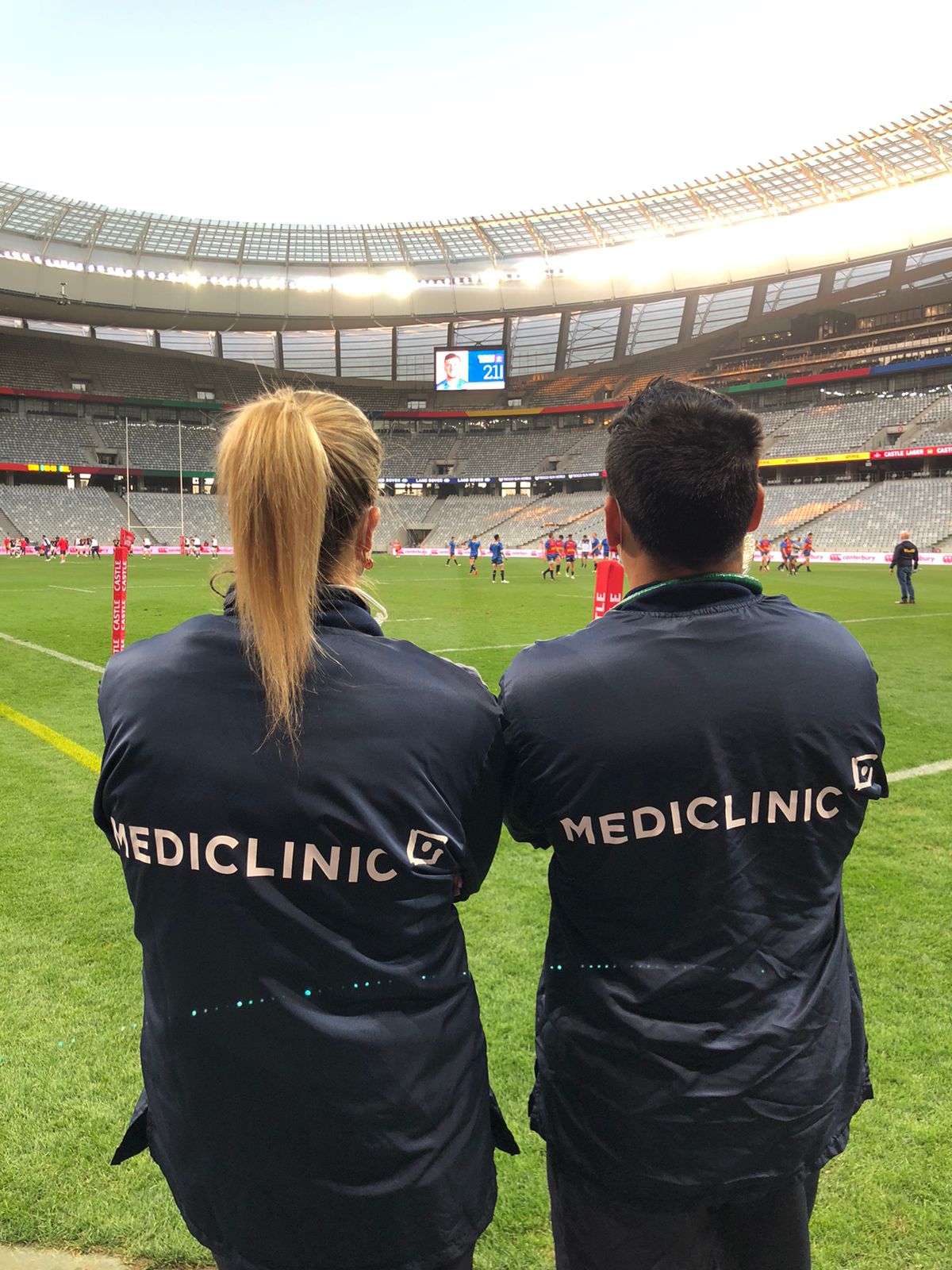 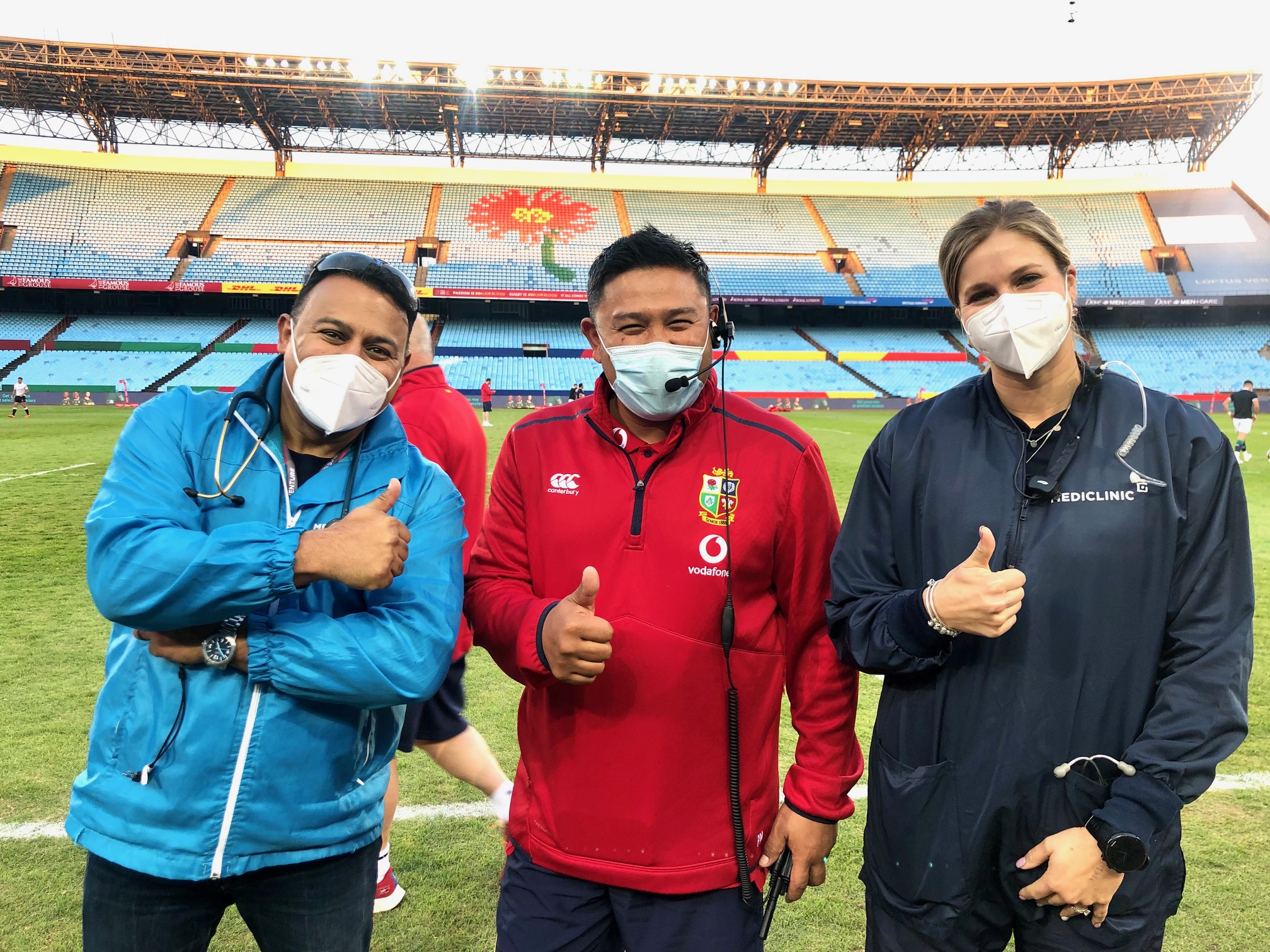 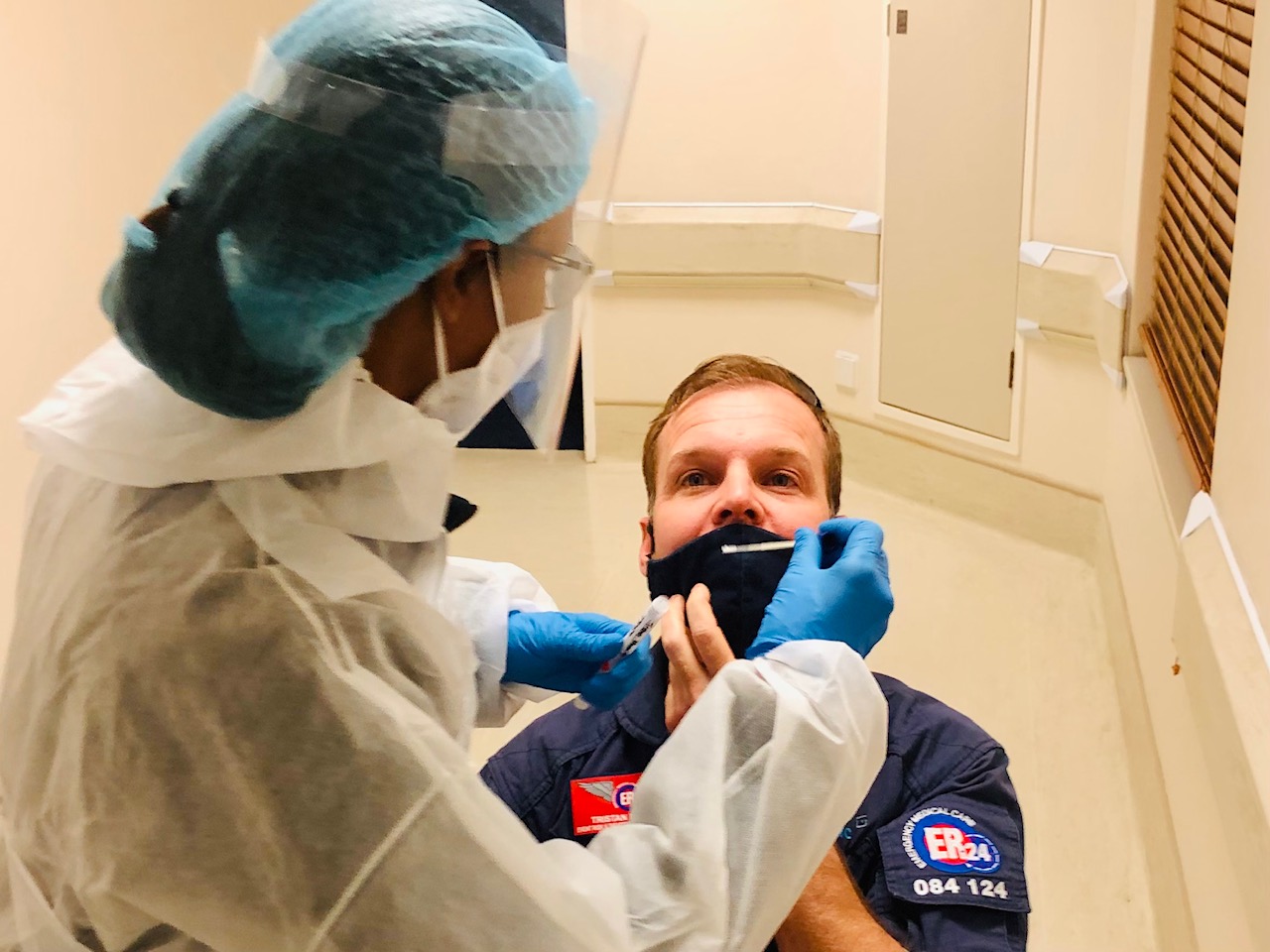 That team included PN Caroline Murray, Clinical Logistics Coordinator: Mediclinic Southern Africa, who played a key role in coordinating the logistical complexities of managing medics, doctors, players, and personnel as they moved between bio-bubbles, and Charles Lawton, in charge of general logistics: moving massive medical operations from one venue to the next in a matter of hours.

Dr Green’s team has added another string to their already impressive bow: world-class adaptability. At one point, 12 members of the Springboks squad tested positive for COVID-19, including coach Jaques Nienaber, while a warm-up game against the Georgia national team was called off and a few of the Lions’ warm-up matches were delayed and disrupted. Each of these curveballs brought new complexities and required further, urgent planning.

It also brought an improved standard of field-side medical care. The series agreement necessitated multiple specialists to be present at each game – including an anaesthetist, orthopaedic surgeon, maxillofacial surgeon, an expert in head and neck injuries and a dedicated resuscitation team, all working alongside the primary match-day doctor. 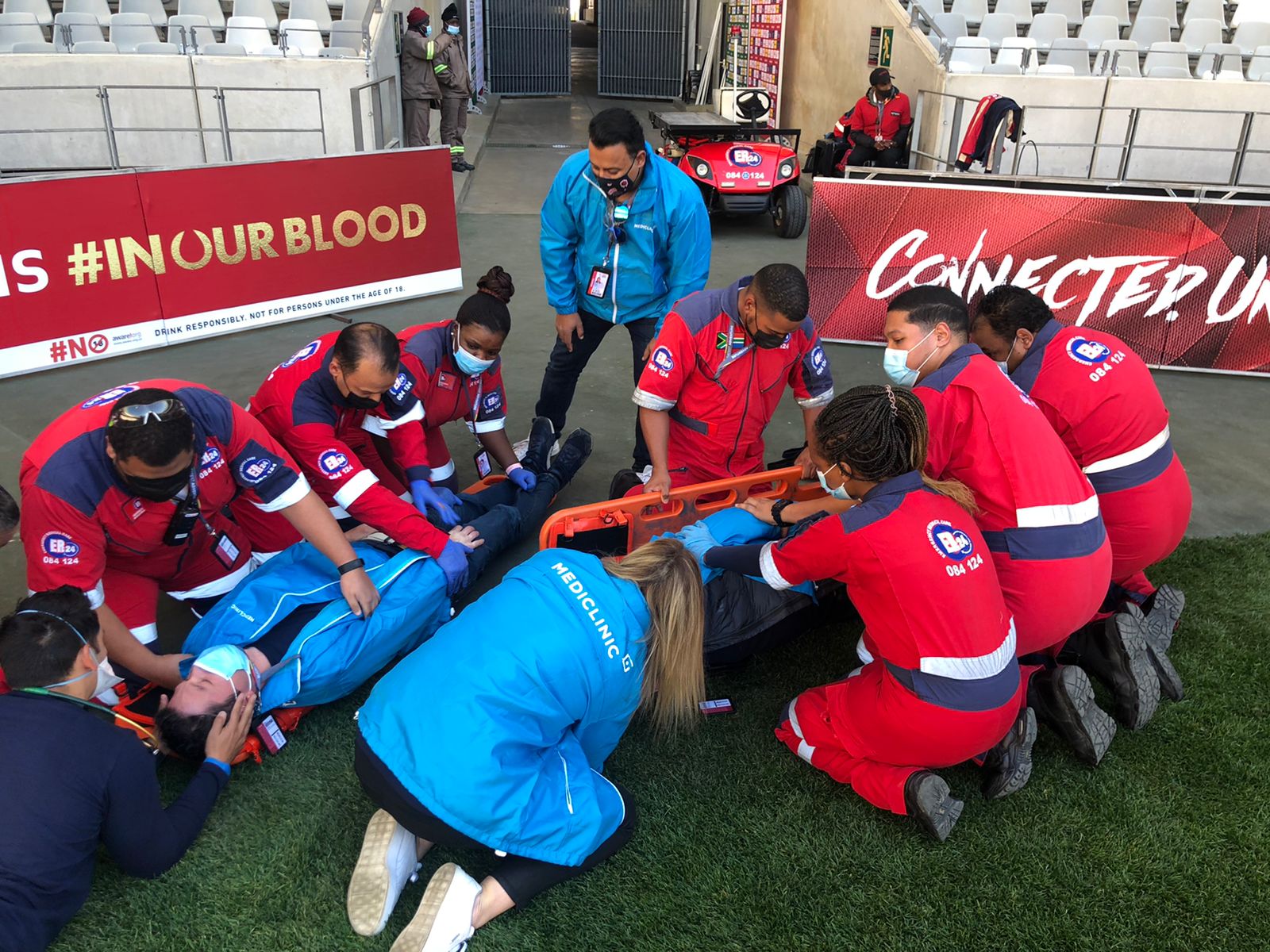 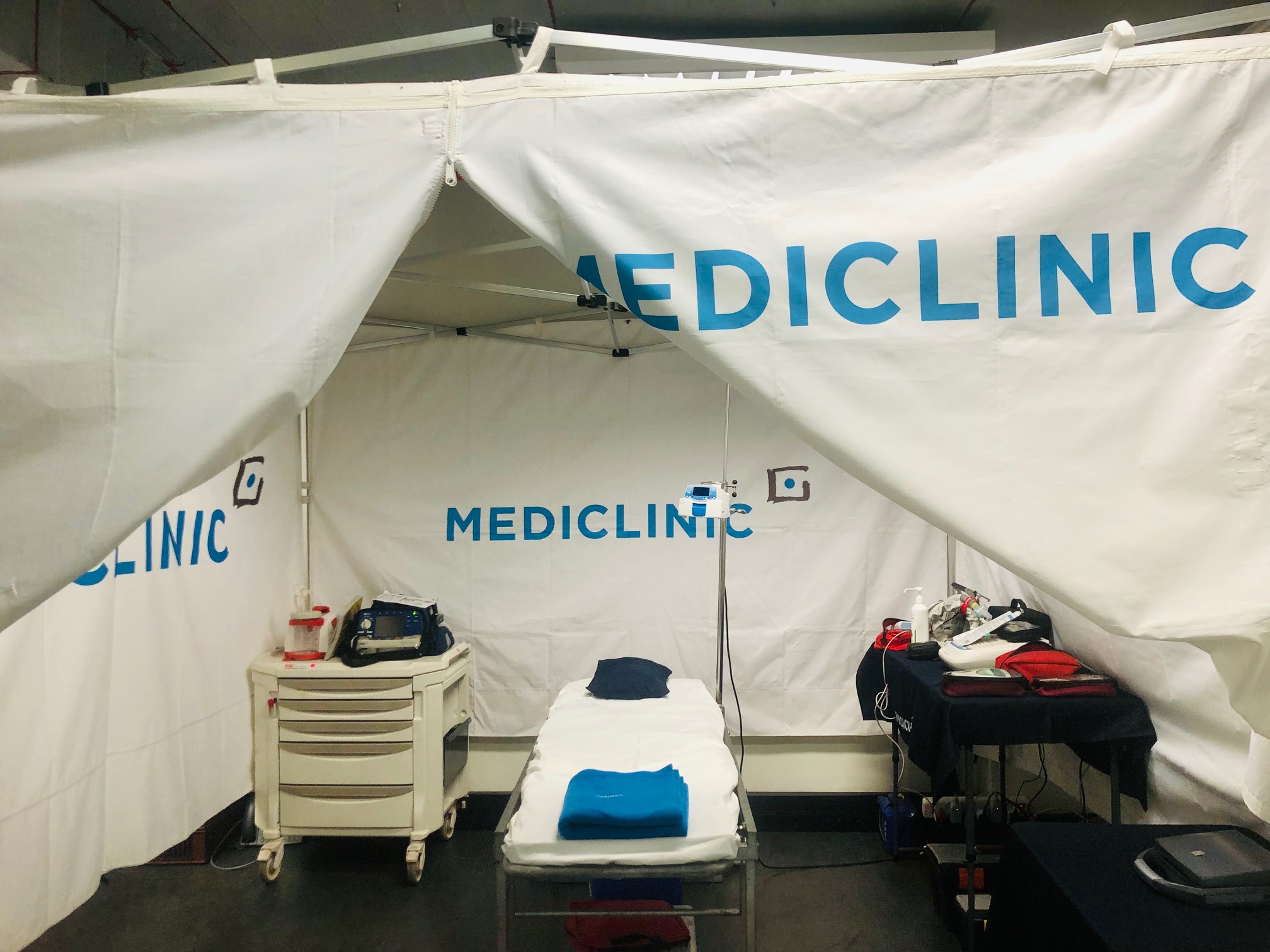 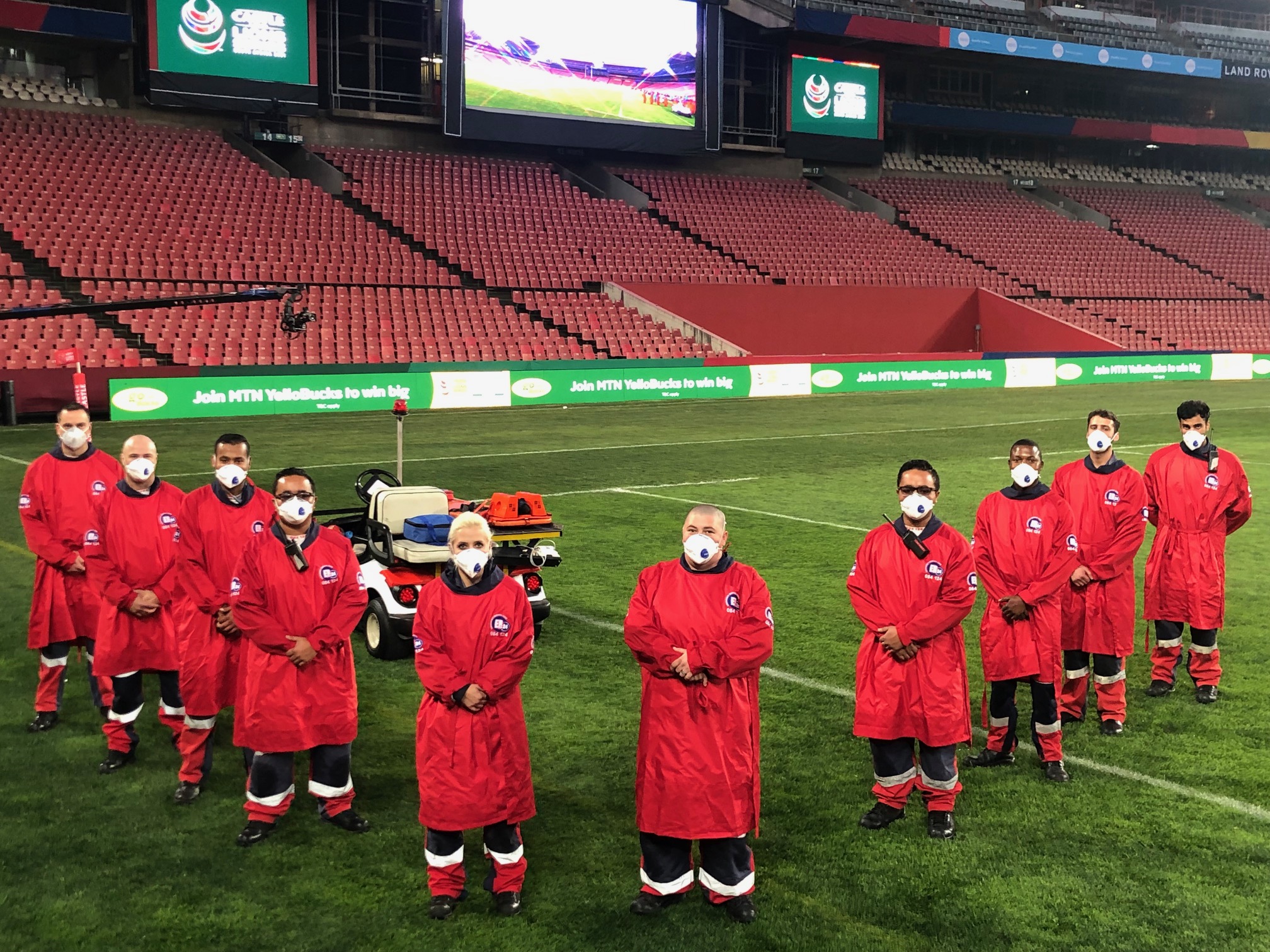 “We had to think of the big picture, from forging partnerships with state hospitals and other private facilities, to fine details, including testing and retesting the playing groups, managing outbreaks, monitoring the hotels for positive cases and the surrounding hospitals for capacity,” says Dr Green.

The team even redesigned the scrubs and gowns worn by medics when entering the playing area, knowing the eyes of the world would be on them. “Everything we did, we did with the goal of raising our own standard,” he says. “We knew it would be tough – the core team spent months away from their families, risking infection, packing and unpacking daily, flying back and forth, dealing with last-minute, disruptive changes – but we also knew that if we could get it right, we would be part of something really special.”

“It has been an incredibly rewarding and significant journey,” says Dr Green. “We had to strategise innovatively and optimise our approach, like never before. There were times when we felt as if we were dodging numerous curveballs daily. The fact that we were able to adapt so quickly and competently, and that this tour was such a success, made it all worthwhile. We are very proud of that.” 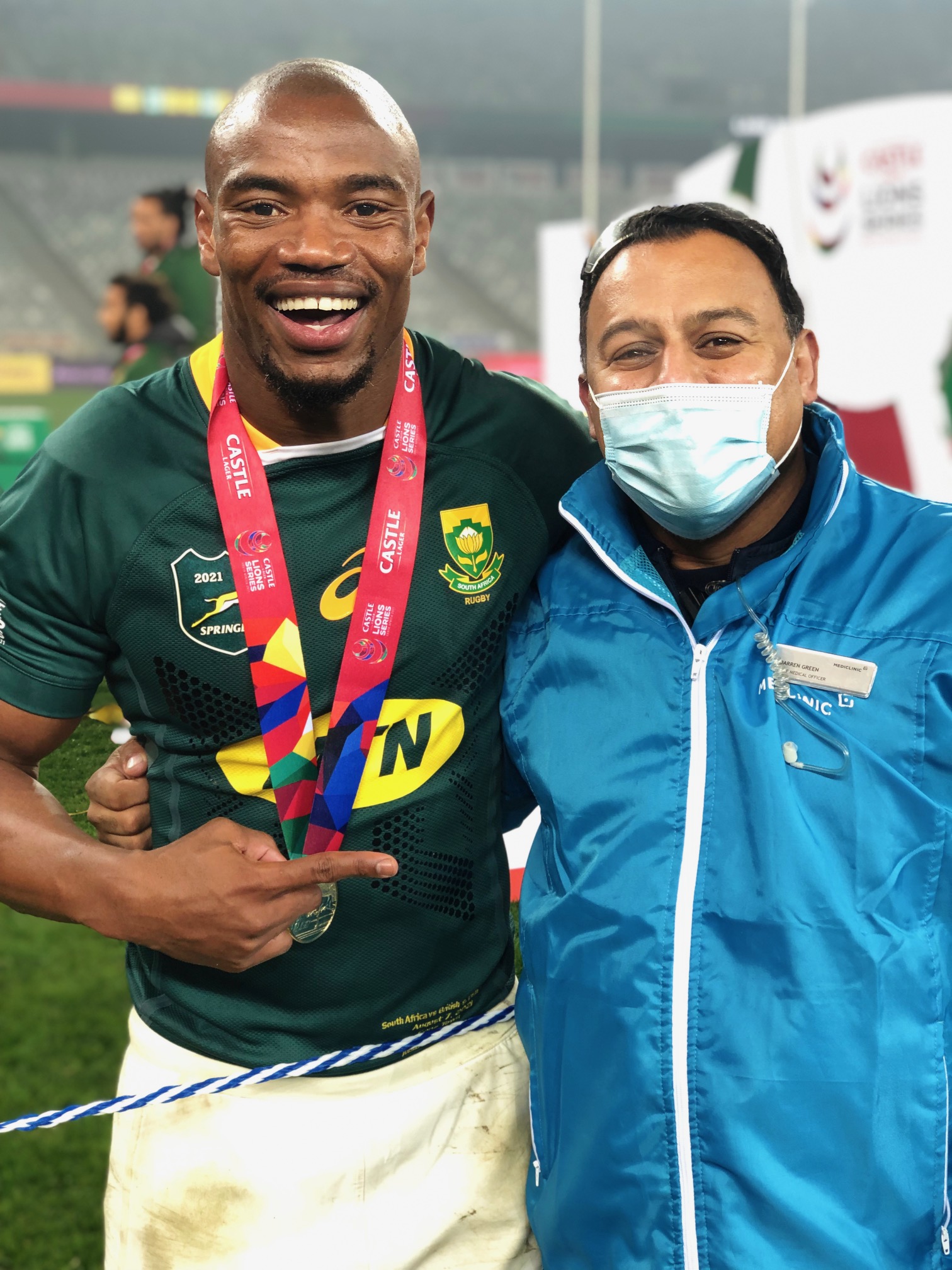 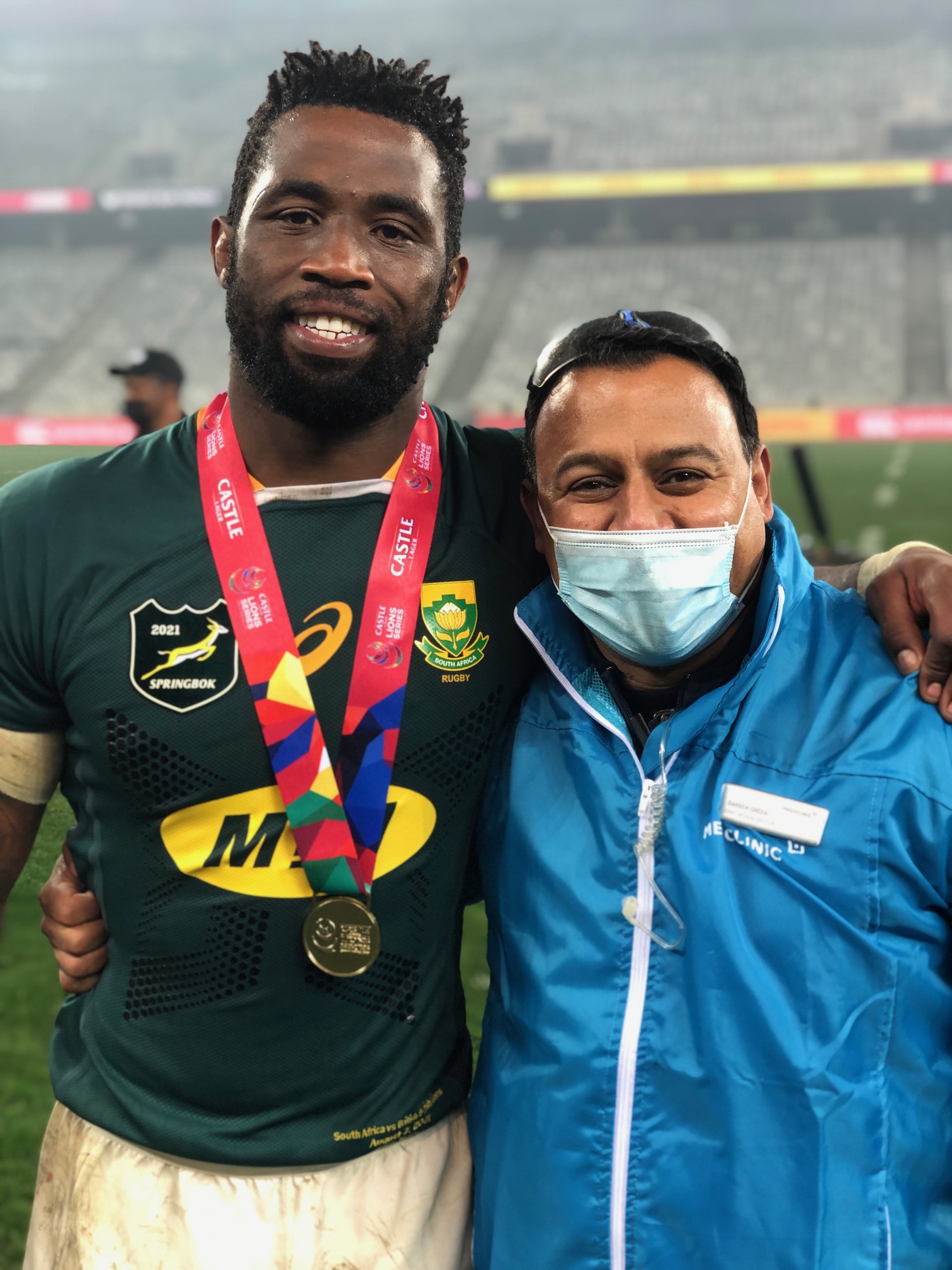 Solar Investment for a Greener Future

Mediclinic has an agreement with a black-owned renewable energy producer to ensure its hospitals have access to affordable and clean power.

For many years, Mediclinic has played a key role in partnering with event organisers to stage a safe and successful Cape Town Cycle Tour. That role is expanding, as we respond in real time to new challenges posed by the COVID-19 pandemic.

How to maximise your Absa Cape Epic experience