A 16-year-old patient with Tourette Syndrome is the first psychiatry patient in Africa to be treated with the asleep image-guided, image-verified Deep Brain Stimulation technique.

Until recently, Delantre Gordon was severely compromised. For the past three years, he’s been suffering from Tourette Syndrome – to the point where his parents had to tie his hands behind his back because he injured himself when hitting his face and head repeatedly.

Due to the constant motor and verbal tics associated with his condition, he couldn’t concentrate, read or write, or perform basic tasks like brushing his teeth or feeding himself. As his school requested he stay away as he upset the other children too much, Delantre and his mother have become socially reclusive.

But all that is changing.

“He was referred to me by Dr Elsa Lubbe, a paediatric neurologist at Steve Biko Hospital in Pretoria,” says Dr Nico Enslin, a neurosurgeon at Mediclinic Constantiaberg. “She had been treating him for the past two years but he was no longer responding to medication.”

Dr Enslin approached Mediclinic Constantiaberg with a request for them to help make DBS surgery possible for this state patient – and management agreed to do the case pro deo, or for the public good.

Delantre was flown to Cape Town via the “Wings for Wishes” programme and admitted to Groote Schuur Hospital before being transported to Mediclinic Constantiaberg on the day of his surgery in November 2018.

“With Deep Brain Stimulation, we insert a pair of thin wire electrodes deep into a person’s brain,” Dr Enslin explains. “The electrodes are placed in a specific target that is only a few millimetres in size and deep in the coordination control centres of the brain (the basal ganglia). The other end of the electrodes is implanted underneath the skin and connected to a small implanted battery (pulse generator) underneath the skin. This pulse generator then generates an electrical impulse that is delivered to the brain. This electrical current modulates (changes, improves and aligns) the electrical network in the brain of the patient.

“DBS is mainly used in the treatment of Parkinson’s disease, dystonia and essential tremor. “There are other conditions where experimental therapy is performed and investigated, such as epilepsy, Tourette Syndrome, Obsessive Compulsive Disorder, major depression and anorexia nervosa. But these are all still not funded by medical aid and are seen as experimental/ compassionate cases. Each disorder has a different target as certain areas in the basal ganglia increases network activity and others decrease it again,” Dr Enslin adds.

In Delantre’s case, the innovative image-guided, image-verified DBS technique was used.
“The old way of doing DBS is with the patient awake for the whole procedure,” Dr Enslin explains. “This makes it impossible for children and those certain dystonic movement disorders to undergo DBS as they can’t tolerate being awake in surgery for this long.”

With the image-guided, image-verified technique, the patient is under anaesthesia right from the outset. “An MRI is done with the head frame already in place and planning is done on that primary scan,” Dr Enslin explains. “This reduces mistakes with the merging process of two scans and thereby reduces errors in placing the electrodes. The patient is then kept under anaesthesia while the blunt-tip electrodes are placed and the battery is implanted. An MRI scan is immediately repeated to confirm the electrodes are perfectly positioned. If not, then it is repositioned. The whole procedure takes less than seven hours – all under anaesthesia. This allows children, elderly people and patients with severe movement disorders to tolerate the procedure safely as well.”

Just three weeks after his life-changing surgery, Delantre is now able to eat by himself, make food for himself, make mom a cup of tea, brush his own teeth and wash himself. All these tasks were completely impossible before – and Dr Enslin says the full benefit of the surgery will be seen after three months.

“However, It is important to remember that DBS is not a cure,” he cautions. “If the device is switched off – the condition returns, often much worse than in the beginning due to the continued progression of the disease that was “masked” by the DBS control while stimulation was on.”
The voluntary surgical and anaesthetic team comprised Dr Enslin (surgeon), Dr Brennan (anaesthetist) and Dr Rothemeyer (assistant).

Medtronic South Africa donated the implant for Delantre. “The theatre staff at Mediclinic Constantiaberg were all also there on a voluntary basis on a Saturday and I appreciate all their efforts very much,” Dr Enslin adds. 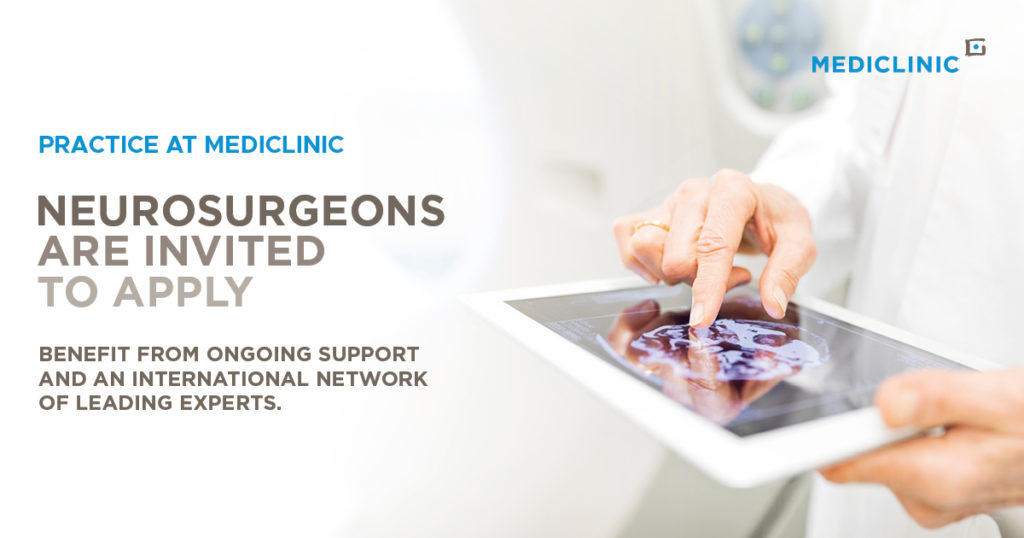 Real help, real fast – wherever you are, with ER24 Global Assist

Bunion surgery gets an upgrade