Dr Mustak, who has a special interest in ocular oncology, oculoplastic and orbital surgery, says the claws brachytherapy specifically addresses the issues associated with external beam radiation in patients with retinoblastoma.

“Retinoblastoma develops from mutations in a tumour suppressor gene called the RB1 gene, and patients who received external beam radiation for it in the past were found to be at risk of developing new cancers several years after treatment.

“In order to reduce this risk, the claws were designed to provide radiation to the eyeball only, sparing the surrounding tissues from radiation. The claws are only utilised as a globe-saving treatment modality.”

The claws consist of four arms and a central securing ring made of gold; and are loaded with radioactive seeds positioned to radiate in towards the eye, Dr Mustak explains. 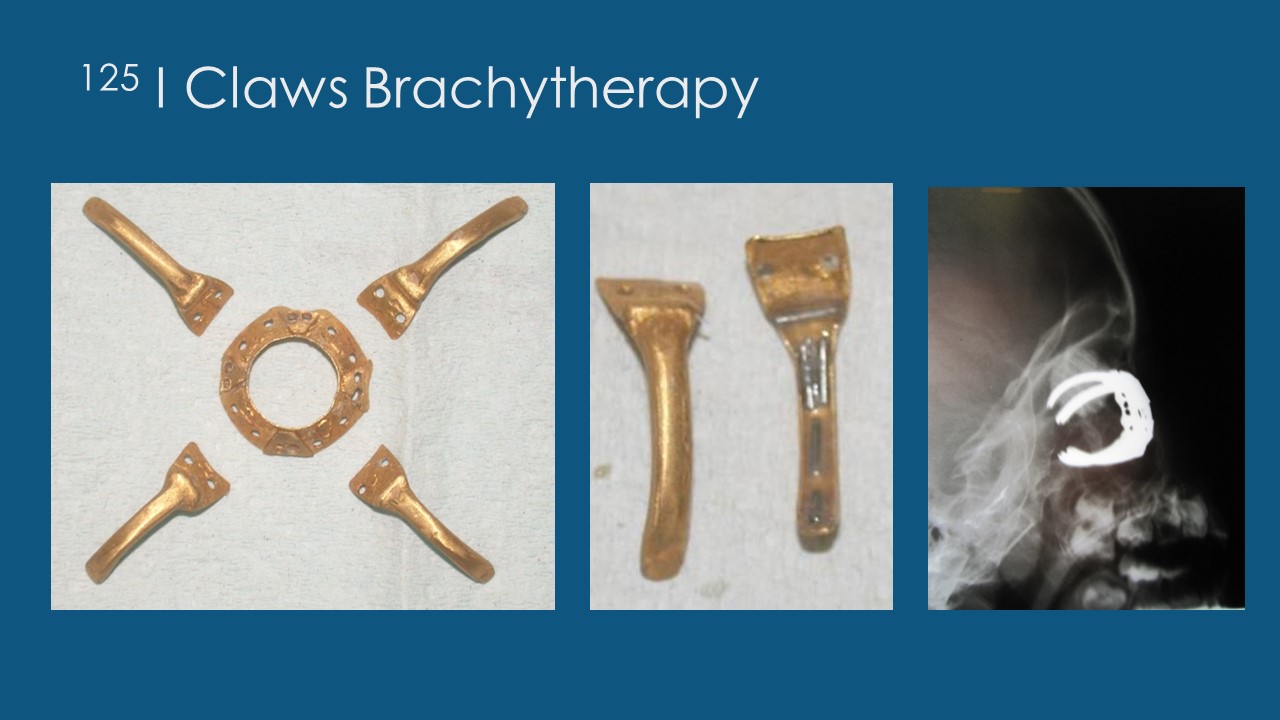 “The idea is that the position of the arms will not change as the eye moves, since the ring itself is secured to the muscles. The term ‘claws’ describe how the arms appear to clutch the eyeball similar to an eagle’s claw.

“Brachytherapy has been around for more than 50 years, but what’s innovative here is that we apply it to treat a range of tumours in different positions, areas and sizes by customising the design.”

Dr Mustak explains that one of the problems in radiotherapy’s early development was controlling the radiation dose curve, which also caused collateral tissue damage resulting in osteosarcomas, skin cancers and sinus cancers. “In the case of claws, only the eyeball itself receives a radiation treatment dosage.”

While the claws 50% globe salvage rate may seem low, it must be taken in context, he says. “The treatment is reserved for eyes with extensive tumours that have not responded to other treatments. The globe salvage rate would be 0% with previous or conventional therapy, but claws is able to preserve 50% of the eyes in this severity category.”

The claws are custom designed and not generically reproducible. They’ve been used to treat patients from Europe, the Middle East and the rest of Africa, right here in Cape Town.

To Dr Mustak’s knowledge, Groote Schuur is the only hospital in the world that offers this unique treatment.

Brachytherapy at Groote Schuur has a rich history, and the hospital was one of the pioneering centres in this field in the 1970s, he adds. “The credit for designing the claws implant goes to the late Prof Ross Sealy and Prof Clare Stannard and the remarkable team of physicists and clinicians who worked with her.”

COVID-19 surges put us all at risk

Dr Natalie Buttress, an audiologist at Mediclinic Durbanville, believes that rapidly advancing technology is addressing many of the challenges experienced in early hearing devices.

Back in the saddle thanks to expert care