Eben Greeff was born with a serious diaphragmatic defect that led to pulmonary hypertension. He spent the first 101 days of his life at Mediclinic Kloof before being discharged with little hope of long-term survival. But against all expectations, he recently celebrated his ninth birthday.

Eben’s mother Callista was 37 weeks’ pregnant when her gynaecologist raised alarm bells when he was unable to see the stomach of her unborn baby. Referred to a foetal specialist, Callista had an MRI scan which revealed a congenital diaphragmatic hernia – a rare anomaly estimated to affect less than three in 10 000 births.

What is congenital diaphragmatic hernia (CDH)?

With CDH, one part of the diaphragm does not develop normally, explains Professor Pieter Fourie, Eben’s current paediatrician at Mediclinic Cape Gate. This results in an opening in the diaphragm so the organs from the abdomen move into the chest and compress one lung.

“This not only creates a severely abnormal lung on the one side, but also compresses the arteries that go through both the lungs, so both sides are affected,” says Professor Fourie. The right side of the heart, which pumps deoxygenated blood through the lungs, then struggles to get this blood through because of extreme narrowing of those arteries.

What is pulmonary hypertension?

Babies born with a CDH struggle to get oxygenated after birth. This can lead to pulmonary hypertension where the pressure in their pulmonary arteries – the blood vessels leading from the heart to the lungs – is extremely high. Pulmonary hypertension is a rare condition that can affect people of any age and potentially leads to damage in the right side of the heart as it needs to work harder to pump blood into the lungs.

“Eben was sent home on life support with no real life expectation,” say his parents Callista and Pieter Greeff, recalling when their almost-14-and-a-half-week-old infant was first discharged from the hospital. “He was still very high risk, they just wanted to give him the opportunity to go home and hopefully improve. He did improve but being on life support meant he couldn’t leave his room at all. We would guard him day and night to make sure his oxygen stayed in his nose so he didn’t suffocate. While this was scary, we were so thankful to be home and to be able to care for him there.” “Three days after Eben was born, doctors operated to move the organs back into the abdomen and close the diaphragm,” explains Professor Fourie. “Yet the lung [still] didn’t develop normally. His pulmonary arteries are now permanently narrow, and one lung is severely compromised and small.” 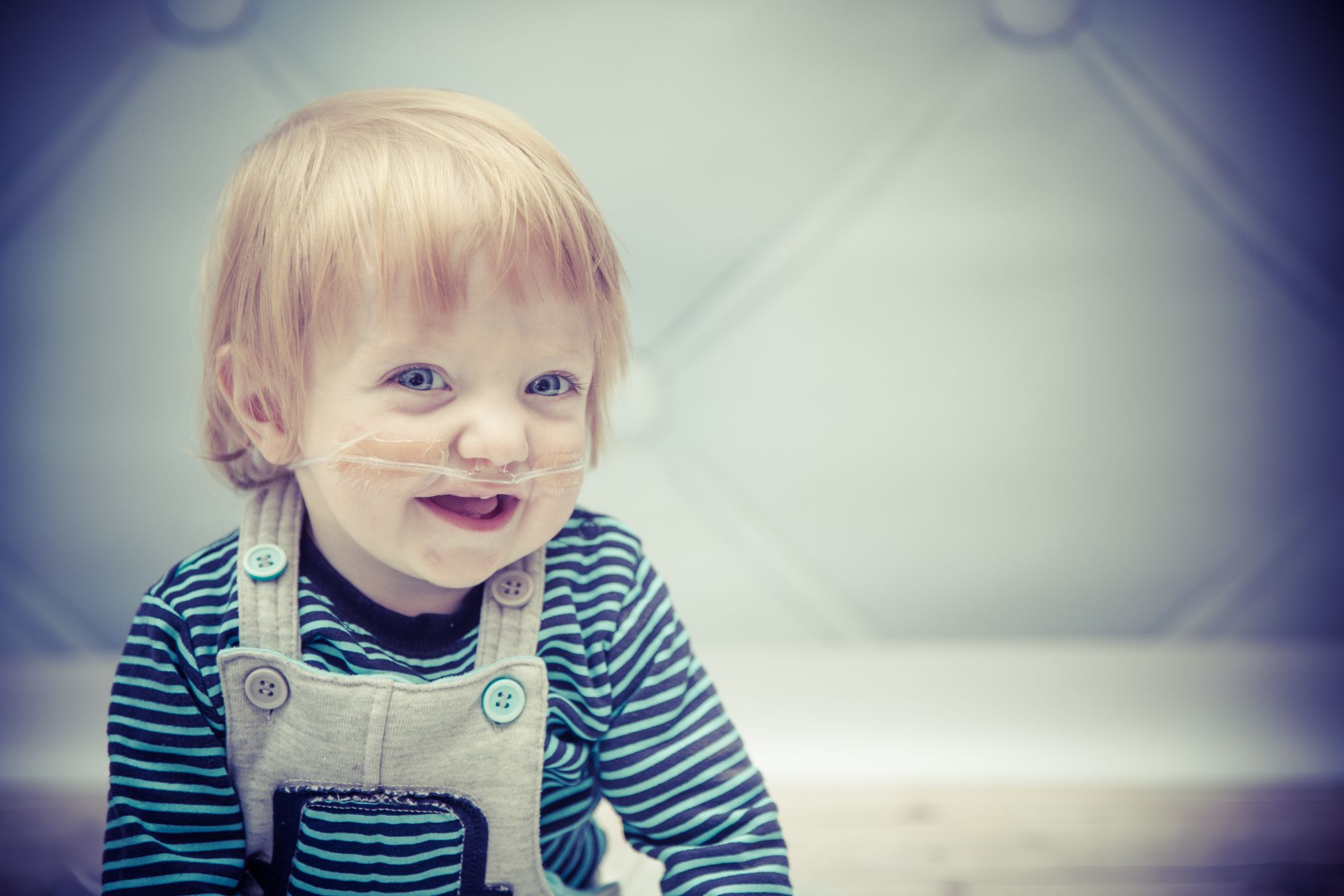 “On paper he still has a severe case of pulmonary hypertension, with lung pressures of about 90mmHg. Below 30mmHg would be considered normal during exercise,” say his parents. “His pressures were previously between 150mmHg and 180mmHg, which was apparently unheard of in the medical community.”

For this reason, Eben was on oxygen 24/7 for the first five years of his life. “You can imagine that this also affected his growth and normal development,” says Professor Fourie. In fact, at age three, because he was using so much energy just to stay alive, Eben was still wearing baby clothes for three- to six-month-olds.

Initially Callista couldn’t work and had to look after him full time at home. “We had a lot of medical expenses so I later started my own business so I could work from home and still be with him whenever I needed to be,” she says. 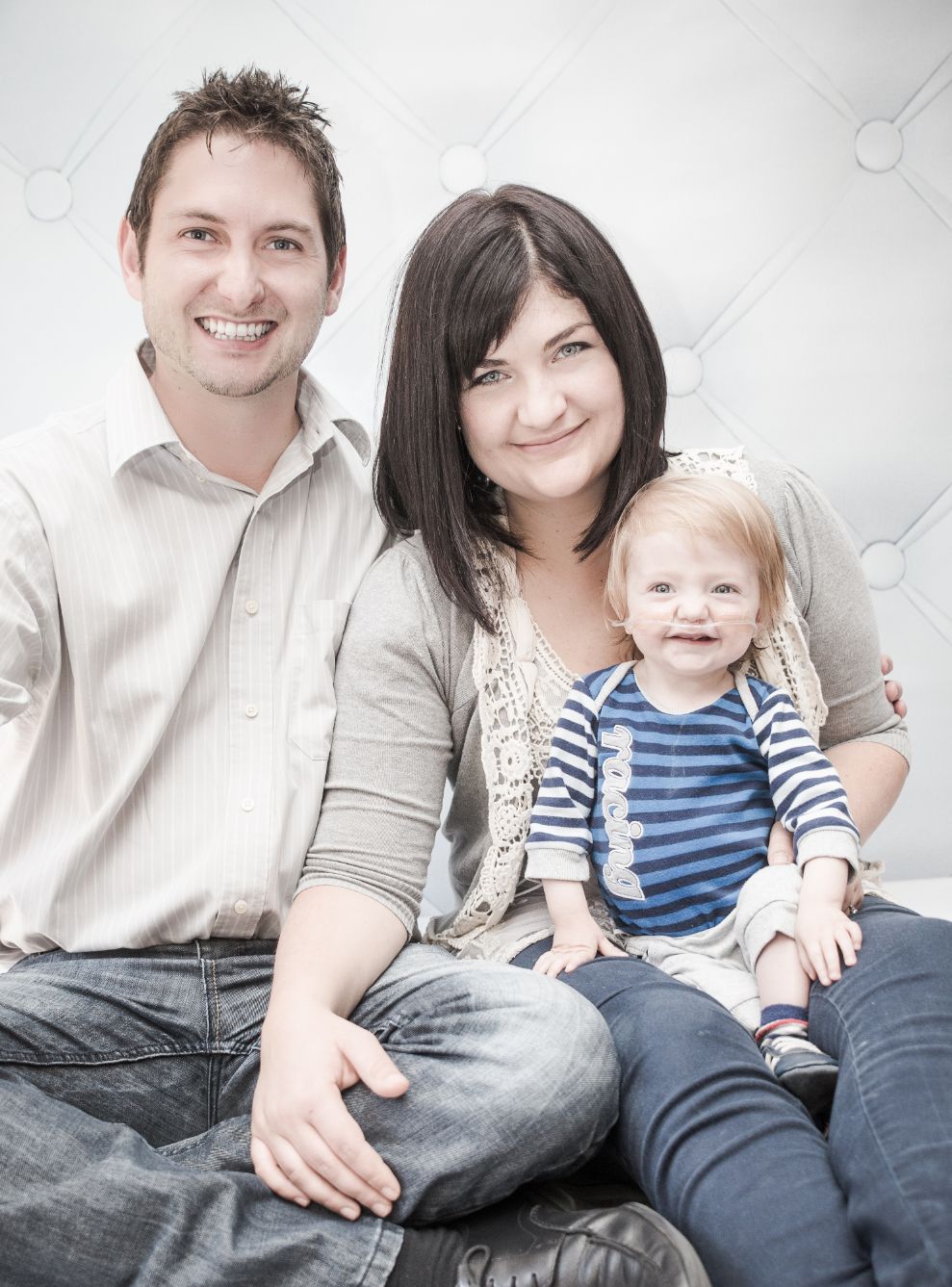 While it was difficult to leave family and friends, moving from Pretoria to Cape Town, where the air quality is better, also made a big difference. This move and finding the right medication were game changers. “There are no approved paediatric drugs in South Africa and the pressure in his lungs is still severe, so he’s on an adult dosage of his medication because there are no other data or alternatives,” say Callista and Pieter.

“Eben still has this imported section 21 medication, and oxygen at night, and we monitor his progress, but he remains stable [section 21 medication is unregistered within SA and requires special authorisation]. He can now go to school without oxygen and gets his medication three times a day. He’s still limited by his physical capabilities but his quality of life in Cape Town is 100% better.”

“He really surprised us with his response to the medication,” says Professor Fourie. “Over the last few years his pressures suddenly began improving – to our surprise. Although they’re still high, they’re much lower than they previously were, and he started to grow. Normally the mortality of these patients is quite high, as the right side of the heart has to pump blood at levels it’s not used to.”

Eben is currently in grade 3 – the correct grade for his age – at a mainstream primary school. “Academically he is doing very well at school, but the physical challenges – being the smallest boy in his class, not being able to run and play ball like all the other kids and getting tired very quickly – remain a battle that needs to be overcome every day,” say his parents. “He has a racing heart to try and pump blood into his lungs, which puts pressure on the heart and makes him tired and anxious, even when he’s asleep.

Yet his bubbly personality and positivity, in the face of major challenges, are inspiring. “His doctors always say he looks healthier than the child they see on paper, and his functionality is much better than they would expect. We are so thankful for that!”

“We’ve had great support from friends, family and our church which really helped us through the difficult times. It’s been very tough at times, but God has carried us through all the storms.”